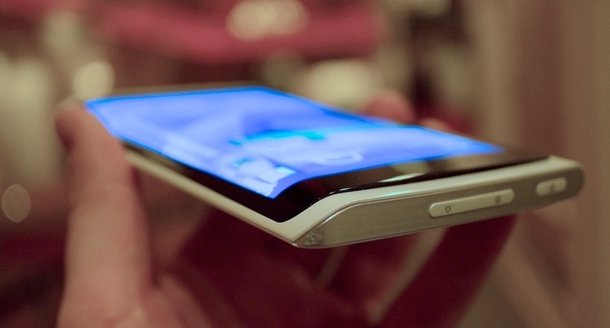 During a Galaxy Note 3 press event in South Korea, Samsung has revealed that it is planning to launch a curved glass equipped smartphone in October.

According to Reuters, the announcement was made by Samsung’s mobile business head of strategic marketing D.J. Lee. “We plan to introduce a smartphone with a curved display in South Korea in October,” said Lee.

Samsung hasnât revealed anything other than this and it isnât known if Lee was referring to flexible display based smartphones when he made the announcement. Curved and flexible glass displays are still in their infancy and extensive research has been undertaken by scientists and vendors alike.

The path towards bendable or foldable designs has its roots in curved displays and that seems to be the logical choice. Samsung showcased its AMOLED flexible screen back in 2011 at CES, but it was in prototype stage. If Samsung has indeed achieved a curved glass which can be mass produced, it will be the first to launch a gadget with such a display and stands to revolutionize the high-end smartphone market.

Samsung did launch its Nexus S device featuring a “contour display”, but it seemed more or less like a faÃ§ade, which didnât appeal to the masses and managed to find only little success. Samsung is not alone in the race to launch a gadget with curved glass as it was earlier reported that Apple too was experimenting with curved display for its iWatch smartwatch.