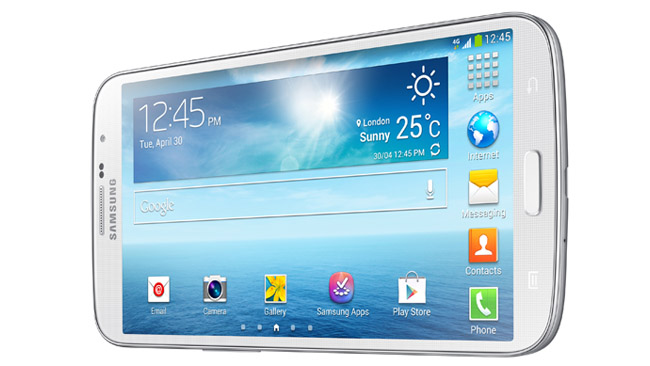 Samsungâs much rumoured device Galaxy Mega 2 has finally made its first appearance on the GFXBench website, with the benchmark test results suggesting that the phablet isnât just a rumour.

According to the specifications listed on the site, the Galaxy Mega 2 will feature a 5.9-inch display with an HD (720 x 1,280 pixel) screen resolution.

The Galaxy Mega 2 is expected to be packed with 1.2GHz quad-core Qualcomm Snapdragon 410 processor, with an Adreno 306 GPU, 2GB of RAM and 8GB of onboard storage. Thereâs no word on the possibility of an expandable memory slot.

On the camera front, the device is rumoured to boast a 4.7-megapixel front-facing snapper capable of taking high-resolution selfies and shooting 1080p full HD resolution videos, alongside a 12-megapixel rear-facing camera.

The Galaxy Mega 2 is expected to run either Android 4.4.3 KitKat or its latest iteration with usual connectivity options such as Wi-Fi, Bluetooth, NFC and GPS.

Accelerometer, gyroscope, compass, light sensor and proximity sensor are some of the other Galaxy Mega 2 features listed in the GFXbench results. Details on pricing, launch and availability of the new device are still unclear.