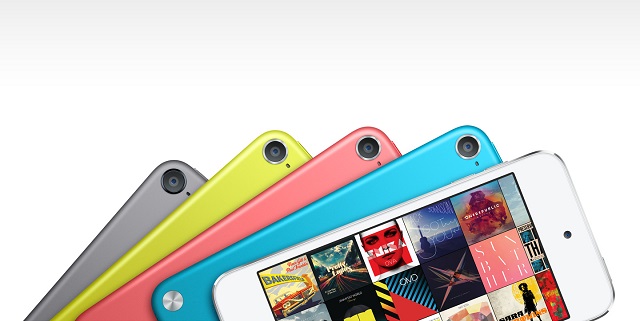 Apple has reduced the pricing of its 16GB iPod Touch while also blessing it with a 5-megapixel rear iSight camera, a range of new vibrant colours.

Apple introduced the 16GB iPod Touch last year, but the player was devoid of a rear camera and only shipped in Silver colour. Further the price of the player was $229, which didnât appeal to quite a few users.

The upgrade will see the 16GB iPod now cost just $199 with a 5-megapixel rear iSight camera, a range of new vibrant colours including pink, yellow, blue, space gray, silver and red. The new iPod Touch will run iOS 7 out of the box and users will be able to upgrade to iOS 8 once itâs generally available.

Apple has also reduced the pricing of its 32GB and 64GB iPod Touch to $249 and $299 respectively and itâs a move that we believe is a stock clearance one because sales of iPod Touch have been dwindling ever since Apple launched its iPhone in 2007 and the company has managed to ship only 2.8 million units in first three months of 2014 â its lowest ever since the player was introduced in 2001.