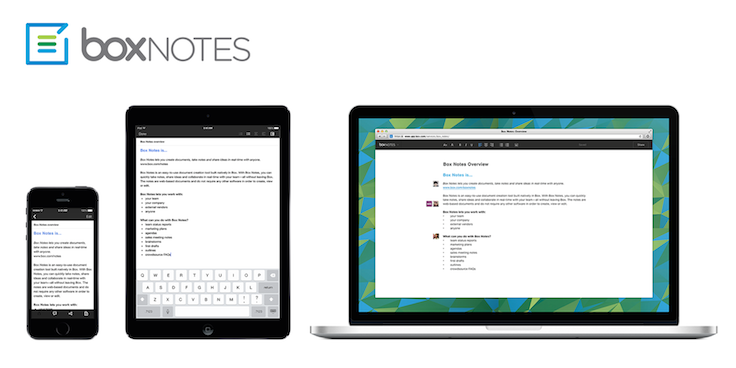 A month after the launch, Box is extending the support of its Notes feature to iDevices alongside a few updates to the old version of its iOS app.

Boxâs Senior VP of Product and Platform, Chris Yeh said that Box was designed in response to companiesâ requests to make available a platform where they can collaborate in an informal way, while they used traditional tools such as Microsoft Office for more significant purposes.

The Box application lets users manage the files stored in the cloud while the addition of the new feature lets them take notes simultaneously which can be accessed at multiple locations at the same time.

The platform, which was introduced last September for Desktops, has eventually debuted for mobile platforms and has a big chance of scoring high among users who require it for personal use also. The company is looking to open its initial public offering this summer.

David Still, VP of mobile products at Box said in a statement, âAt its core, Box Notes is about making it easy to work with others.â

âIt promotes the sharing of information and collaboration. The notes you create live alongside the presentations, spreadsheets, images and other documents you already store in Box. You have one centralized location to manage your projects, teams or accounts. â

Notably, the app is available only for the iOS platform while the company has promised a roll out for Android users later this year.
Still wrote, âNow that itâs included on mobile, you can easily capture ideas and collaborate in real-time â from anywhere.â