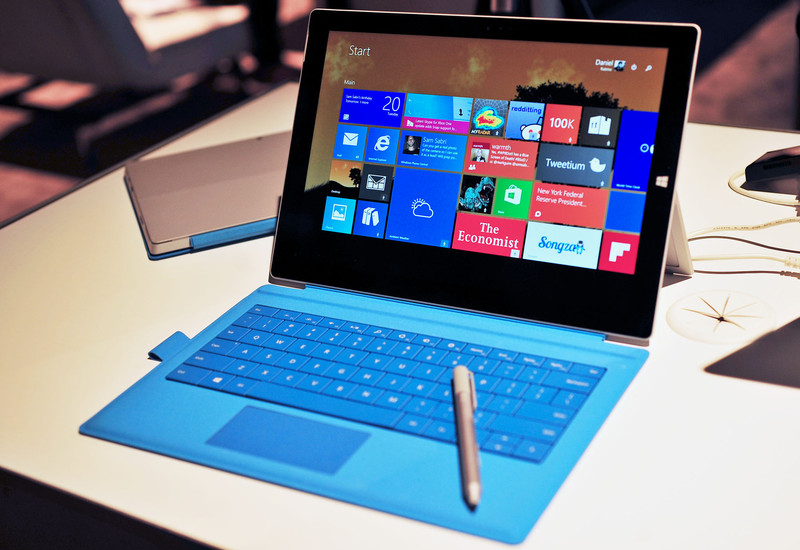 A recent teardown of Microsoftâs recently launched Surface Pro 3 suggests the device to be equally harder to its predecessors in terms of reparability.

The teardown released last Friday by gadget repairer iFixit has revealed that it is extremely difficult to repair the device, with the Surface Pro 3 scoring a 1 out of the possible 10 points, just like its siblings Surface Pro and Surface Pro 2.

iFixit said that it was impossible to detach the screen without breaking it. Surface Pro 3, which touted a thinner glass screen, had the innards stuck to it with a âhideous glueâ and the device had to be heated in order to melt the glue and detach the screen. Consequentially, the screen cracked when it cooled down.

While the Surface Pro 2 had almost 90 micro Torx screws to hold the components, Surface Pro 3 uses glue to hold its components together.

Following the slow decline of PC sales, the company is reportedly trying to make an impression in the mobile market for which it depends on its Surface range of tablets. Microsoft has invested more than $7 billion in the acquisition of Nokiaâs mobile devices business. However, the poor strategy to assemble the device and other reasons make the devices lose out to competition.

A study by the market research firm IDC has revealed that Apple held 34 percent of the market share in the tablet market while Samsung holds 19 percent and Amazon snatches 8 percent. Microsoft was not seen on the Top five list published by the firm.