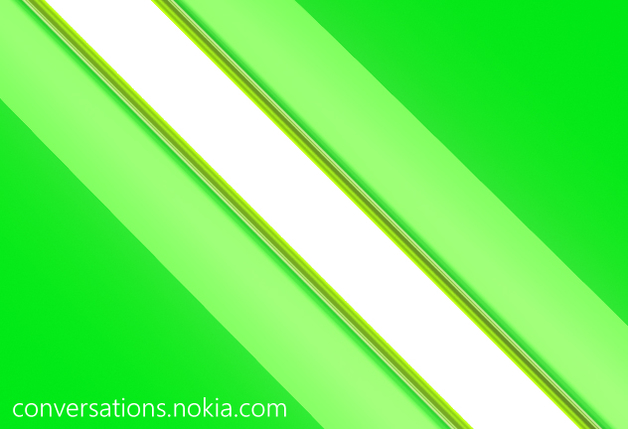 Green with Envy – mysterious as it sounds, is Nokia’s next tagline for a product that will be reportedly launched on the June 24 (Tuesday) event that is teased on the company’s Conversations Page.

The event is believed to be actually scheduled by Microsoft, the present owner of Nokia’s devices business. The page also has the words “Summer brings out our inner glow” suggesting a new smartphone for this summer.

Some claim that the yet to be launched Nokia Lumia 930 may be launched while others say it could be an event announcing a new Android phone. Another release expected from Nokia is the Windows Phone 8.1 Cyan update which is expected around this time of the year. However, green cannot be matched with Cyan and hence it may not be Cyan on the way.

A part of the fans believe it could be another Windows Phone and some other saying it could be a revamped Nokia X. All the while, rumours and leaks about Nokia X2 keep surfacing with the latest being a 4.3-inch screen offering a 800 x 480 pixel resolution packing a 1.3Ghz Snapdragon 200 processor, mimicking Moto E specs a little. While the main downside of Moto E is the lack of a front camera, the X2 is said to come with a front camera to take on a competitive edge.

The conversations page has its share of trolls trying to generously tout other brands, for instance, an Abhijeet Mishra has commented, “Please Nokia, don’t launch an underpowered Android phone with much poorer hardware than your Windows Phone devices and think people will be envious. At least try and compete with the Moto E.”