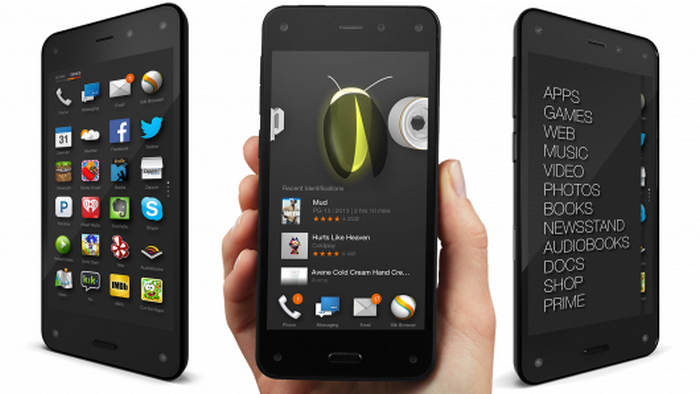 Amazon has finally made its entry into the smartphone arena with the official launch of its much awaited handset âFire Phoneâ in Seattle on Wednesday.

The companyâs Chief executive Jeff Bezos unveiled the smartphone at a press event in Seattle saying âWe wanted to make a device thatâs great for one person.â

âFire Phone puts everything you love about Amazon in the palm of your hand — instant access to Amazonâs vast content ecosystem.â

The new Fire Phone comes with a whole range of new features including the dynamic perspective and Firefly. Amazon described these features as âtwo new breakthrough technologies that allow you to see and interact with the world through a whole new lens.â

The new feature dubbed âdynamic perspective,â will make use of four infrared, front-facing cameras to track head movements and shift perspectives depending on a userâs activity. With this feature, users will be able to scroll through screens by just tilting or swivelling the phone.

According to the company, the âdynamic perspectiveâ uses a sensor system âto respond to the way you hold, view, and move Fire, enabling experiences not possible on other smartphones.â

Another notable feature is the Firefly object recognition feature which can identify items and product names captured with the deviceâs camera including Web and email addresses, phone numbers, bar codes, and millions of products enabling users to purchase them in just seconds.

Amazon will be selling the handset exclusively via AT&T with a two-year contract. Pre-orders for handset begin Wednesday, while shipping starts on July 25. Customers can get the 32GB version for $199 and the 64GB version for $299. The Fire phone will retail for $649 contract-free.