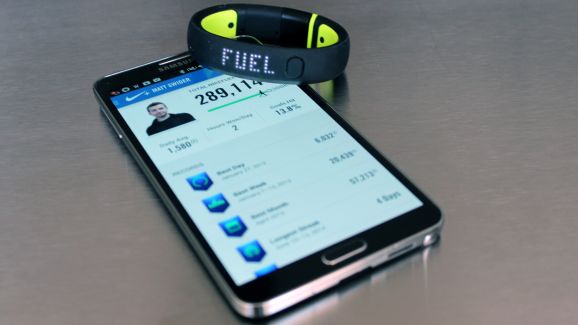 Nearly two years after the debut of the Nike+ FuelBand smartband, Nike has finally rolled out its app for the Android platform, available for free download on Google Play.

The app is compatible with devices running Android Jelly Bean 4.3 and above and only a few handsets are compatible including Samsung Galaxy S3, S4, S5, HTC One, Nexus 5 and Moto X. Currently, the app is available only in English and users from the US, UK, Japan, Canada, and Germany can download it.

Till date, iOS users were able to wirelessly synchronize their FuelBand to their smartphones and upload data directly to Nikeâs website, while Android users had to connect the device through an USB port to do so.

According to the reports, this app launch is said to be Nikeâs answer to the rumours that surfaced earlier this year that the companyâs hardware business will slowly be phased out and the company will focus on providing software support for their current hardware.

Nike had said that it might have to lay off some developers âas our Digital Sport priorities evolve.â The company has focused on promoting its FuelBand devices and said it will continue selling the devices âfor the forseeable future,â but for a reduced price. Nike added that FuelBand will be sold through online clearing houses such as Gilt, The Clymb, Amazon, etc.

It was also widely rumoured that Nike is entering a partnership with Apple and consequently the company will be focusing on the software front of fitness tracking while the Cupertino will work on the hardware, suggesting the much rumoured iWatch, a new health wearable soon to be launched.