Facebook’s Slingshot lands in US to wrestle Snapchat 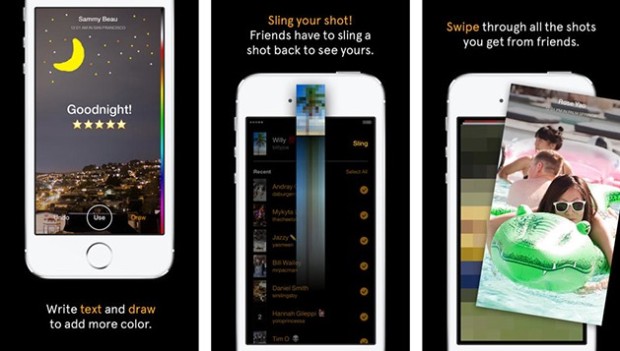 Facebook becomes the next big player to join the ephemeral messaging bandwagon with the official roll outÂ of Slingshot, just a few days after it was accidentally launched and pulled off last week.

Slingshot is a photo and video sharing app that self-destructs messages once they are seen, which Facebook claims will be âa space [to] share everyday moments with lots of people at once.â

Slingshot creators said, âWeâve enjoyed using Snapchat to send each other ephemeral messages and expect there to be a variety of apps that explore this new way of sharing.â

Slingshot functions similar to Snapchat, but Facebookâs Creative Labs team has tweaked it a little to give a different experience. The catch is, the receiver will be able to see the message, image or video or test, only after sending a reply. Users can also add captions and drawings to make the photos more personalized. The app also includes emojis, text field and colours to customize each photo.

The app is currently available for devices running iOS 7 and Android Jelly Bean and KitKat. Shots and videos that are unlocked can be saved for later while the locked ones are deleted automatically after they are swiped away.

Facebook said in the press release, âWith Slingshot, we wanted to build something where everybody is a creator and nobody is just a spectacular.â

âWhen everyone participates, thereâs less pressure, more creativity and even the little things in life can turn into awesome shared experiences.â