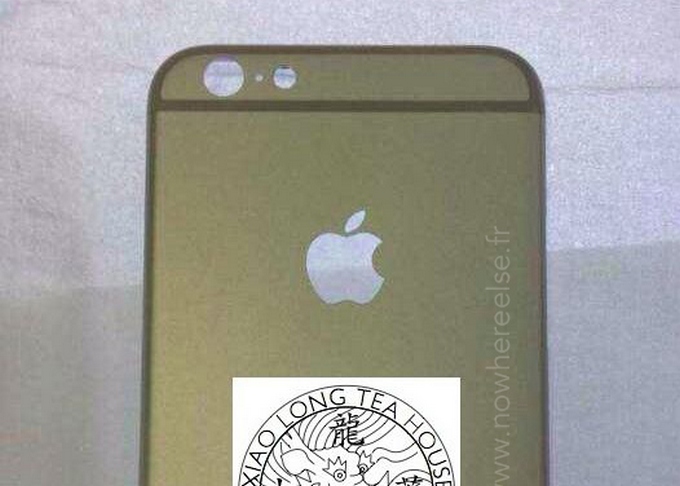 New rumours keep surfacing about Appleâs next flagship device iPhone 6, with the latest being the slim profile of the phone suggested by the leaked pictures of the case with cut-outs.

In addition to the conventional cutouts for the camera, flash and microphone on an iPhone 6 case, surprisingly, there is a cutout seen for the Apple logo.

Nowhereelse.fr shared a set of photos allegedly featuring iPhone 6 case which shows that it might have an embedded logo that will glow for certain notifications like an incoming call or a message or just glows when the device is being used.

iDevices other than iPhones have had embedded logos before and this might suggest that Cupertino is planning for a similar feature. Another reason is that the company particularly chose to have an embedded logo for some iPad models to prevent the metal casing from affecting the connectivity by placing the antennas around the logo cutout.

The other details that could be figured out from the case is that the phone would be extra slim and the cut-out which looks like the one for power button has descended a bit suggesting the company might want to place it a bit lower this time considering the size of the device.

The right side also has the SIM tray beside the power button and the left side had cutouts for volume buttons and the mute button as they are usually seen on an iPhone.