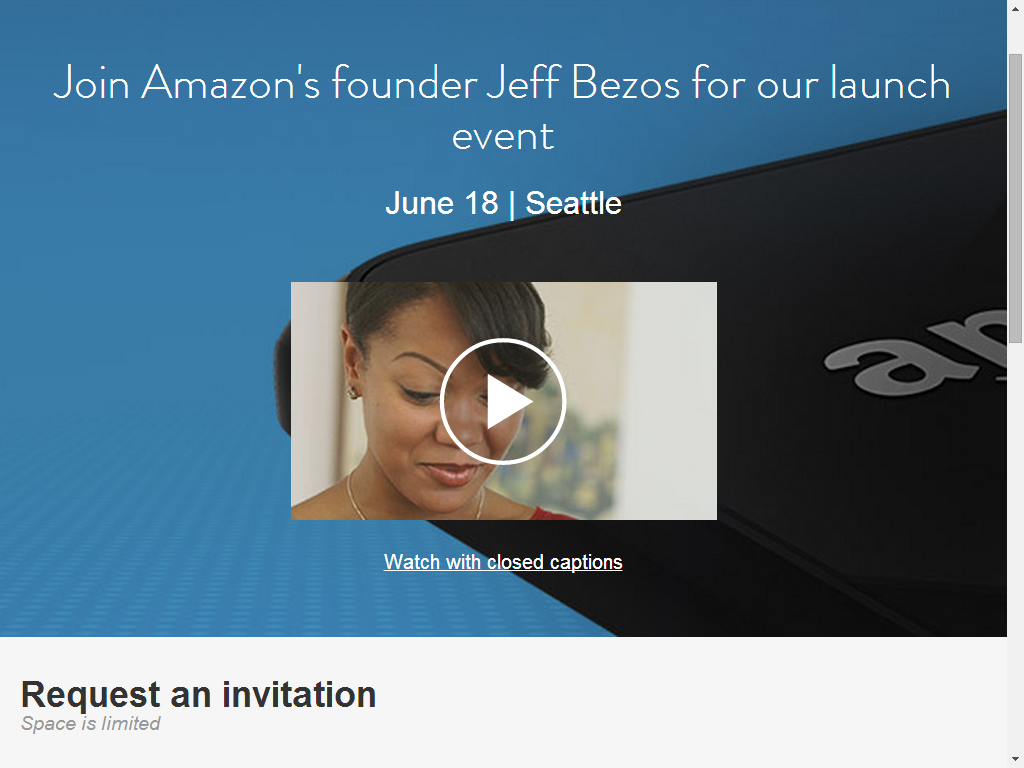 Amazon tries to drum up attention by posting a teaser video suggesting a device-launch in an event scheduled for June 18.

âJoin Amazonâs founder Jeff Bezos for our launch event. June 18th, Seattle. Request an inviteâ, Amazon tweeted with a link to the semi-open invitation to the event.

The link led to the announcement page where a questionnaire was also found at the bottom of the page for those who would like to attend.

The page showed the bezel of a black rectangular device with rounded edges leading to the assumption that it could be a smartphone.

The video shows people tilting their heads in almost all directions to catch some movement. One of them says âIt moved with me,â while another says âItâs pretty flawless. Itâs seamless. Wow!â in the 50-second teaser.

Considering the comments, it could be presumed that the mysterious device is Amazonâs long-rumoured 3D holographic smartphone. Previous rumours also point to a launch in June.

The questionnaire had questions like âAre you interested in developing apps utilizing a new type of sensor?â and âDo you have machine learning experience?â suggesting that it could be a next-generation technology for which it looks forward to invite developers to build apps.

Rumour has it that the Amazonâs smartphone has retina tracking sensors to create 3D effects. Critics say that it might invade the privacy of users as apps would need to track eye movement to display results. However, there are also arguments that it could be great to see a hologram projecting the video for video calls and maps in 3D to show the route clearly.