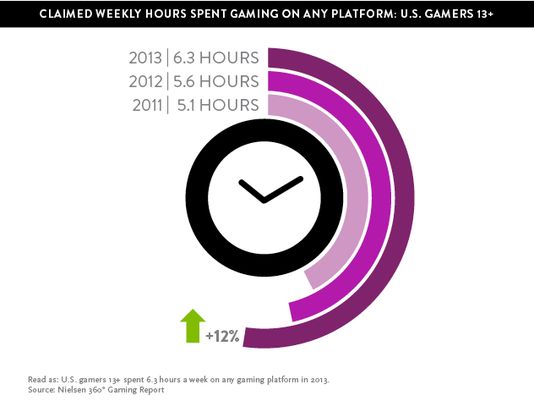 Seventh generation consoles – PlayStation 3, Xbox 360 and Wii, have beat PCs by just a point – 34 vs. 33 percent of the gaming time, even with the consoles reporting a drop by 4 percent from 37 percent in 2012, claims a new report.

PC games also dipped sharply to 33 from 39 percent recorded in 2012, while handheld devices have retained the same 6 percent for the last 2 years.

Nielsen 360 Gaming Report reveals that gamers aged 13 and above spend more than 6 hours weekly playing video games, up by 12 percent from 5.6 hours weekly in 2012.