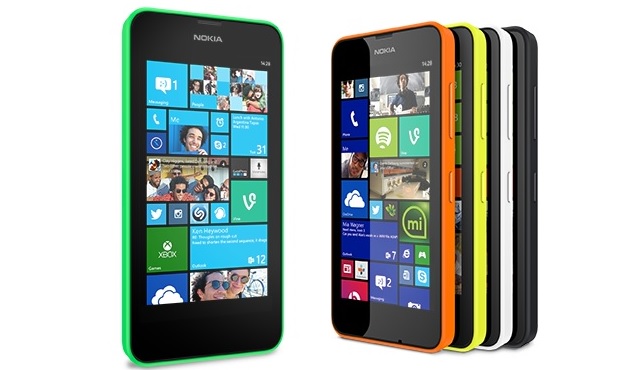 Microsoft has started offering the Nokia Lumia 630 directly on its online store in the UK â just a day after the latest Lumia hit the UK shelves.

Powered by a Qualcomm Snapdragon 400 CPU clocked at 1.2GHz, the Lumia 630 features a 4.5-inch display capable of 854 x 480 pixel resolution and is protected by Gorilla Glass 3. The handset packs 512MB RAM, offers 8GB internal storage and runs Windows Phone 8.1 out of the box.

Lumia 630 is definitely a catch for its price and costs just Â£90 SIM-free directly from Nokia store. However, Microsoft is selling the handset for Â£129 – Â£40 higher than what Nokia is selling it for.

Microsoft is also selling Lumia 1520 through its online store. The Â£549 Lumia 1520 is the top-end smartphone that packs a 6-inch 1080p full HD screen, 32GB of internal storage, 2GB of RAM, 20-megapixel rear camera and is powered by 2.2 GHz Qualcomm Snapdragon 800 quad-core processor.

Lumia 1320 is also on sale and interested buyers can get this 6-inch display equipped smartphone for just Â£329. The 1320 isnât as powerful as the Lumia 1520 and packs less-powerful Qualcomm Snapdragon S4 dual-core processor clocked at 1.7GHz. Despite the 6-inch display, the smartphone has a lower resolution of just 1,280 x 720 pixels.

Currently on three handsets are on offer on Microsoft Store UK, but we presume that the company will start offering more Lumia phones and eventually have the entire inventory soon.