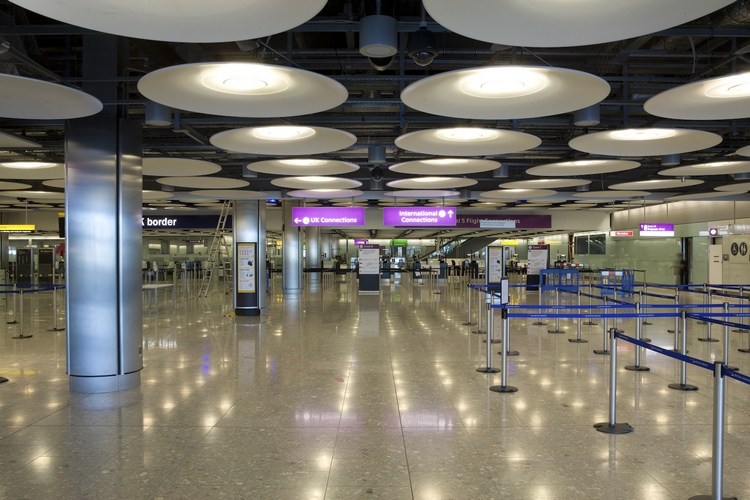 Starting Monday, May 19, 2014, Heathrowâs Terminal 5, one of the busiest airport terminals in the world, will be rebranded âTerminal Samsung Galaxy S5â to promote Samsungâs latest flagship phone, the Galaxy S5.

A step further, the website for Terminal 5 will also showcase the new name for all the would-be travelers. The signage promoting Galaxy S5 will lead people to Dixons Travel stores located within the terminal to check out the device.

Russell Taylor, Samsungâs UK marketing VP said the rebranding is a âone-off opportunity to push the boundaries like no other brand has been allowed to do before.â

A Heathrow Airport spokesperson said that the deal will only last for two weeks and Samsung has not bought naming rights. âSamsung want to call it Terminal Samsung Galaxy S5 and we are relaxed about that.â

According to Samsung, this marketing campaign arranged with Heathrow Airport and display-ad company JCDecaux Airport, marks the first time ever the UKâs biggest airport has allowed a brand name takeover Terminal 5. The company hasnât revealed the financial terms of the deal, but it is expected to be certainly a boatload.

Just days back, Samsung revealed that the Galaxy S5 has sold more than 11 million units in just 1 month from the launch, beating its predecessor Galaxy S4 by 10 percent in sales figure. However, Samsung is likely hoping for even higher figures with all the marketing and ad campaigns designed to bombard audience with promotions.