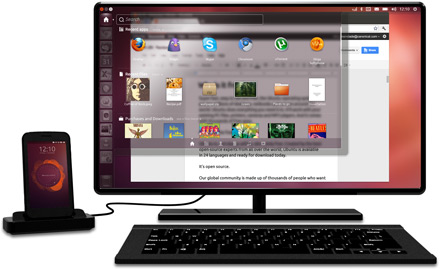 Mark Shuttleworth has been keeping busy lately and one of his primary tasks is promoting Ubuntu for the cloud ecosystem and his keynote at the OpenStack Summit 2014 reflected just that. Shuttleworth claimed that Ubuntu is the leading OpenStack distribution with a whopping 55 percent of all production servers using Ubuntu.

âUbuntu is the leading OpenStack distribution, with 55% of all production are using Ubuntu, nearly 5x the number for RHELâ, said Shuttleworth in his keynote [watch video]. Shuttleworth further added that nearly 70 percent of all Linux workloads on all major public clouds are Ubuntu â even the enterprise commercially supported workloads.

Considering that Canonicalâs main revenue stream isnât the commercial support deals for its Ubuntu desktop, the companyâs efforts towards building and pitching Ubuntu for the cloud and specifically the OpenStack ecosystem has definitely paid off.

Shuttleworth added that Canonical is ready to work with vendors promoting alternative OpenStack distributions on Ubuntu, but said that this will only happen if they have a commercial agreement that would allow them to support its customers.

Shuttleworth also talked about Canonicalâs OpenStack Interop Lab (OIL) which was launched six months back and revealed that 14 vendors have signed up for the programme thereby building OpenStack in thousands of ways with different permutations and combinations every month.

âBring us a Juju charm of your work, sign up to the OIL program and weâll tell you which other vendors you need to do more work with if you want to be interoperable with their OpenStack offeringsâ, notes Shuttleworth in his blog post.

Canonical also announced a flat-fee fully managed on-premise OpenStack solution that would cost $15 per server per day wherein customers will have to be responsible for the hardware and on top of that will sit Canonicalâs tools and architecture giving them the âbest-of-breed OpenStack deployment with SLAâ.